Income tax issues in bankruptcy are a can of worms.  In only limited cases are taxes or tax penalties dischargeable in bankruptcy.  The primary issue is timing and a separate analysis must be done for each 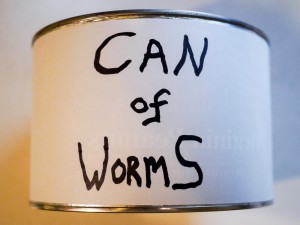 In bankruptcy each tax debt or claim will fall into one or more of the following categories:

1)  Allowed secured claims include taxes, interest and penalties for which the IRS has filed a lien.  To the extent that the lien is not under-secured, they are probably not dischargeable.  However, in a Chapter 7 the penalties for late payment may be.

2)  Unsecured priority claims are usually paid in full in a Chapter 13, including interest but not penalties.  But the interest does not continue to accrue once the Chapter 13 is filed.  They are not dischargeable in a Chapter 7.

Taxes are never dischageable if a return has not been filed, if a fraudulent return was filed or if the debtor willfully attempted to evade paying the tax.

The analysis of each year’s taxes begins with requesting a transcript from the IRS.  The debtor should file a Form 4506-T  Request for Transcript with the IRS (available on their website http://www.irs.gov/Forms-&-Pubs) for each year that may be dischargeable.  The transcript will show if the return was filed on time, or if it was late when it was filed, if the return was due within 3 years of filing bankruptcy and if the taxes were assessed within 240 days of filing bankruptcy.  Short take is that the tax return has to have been filed and the taxes have to be old.  Tax debts are the most frequently nondischargeable debts in bankruptcy.